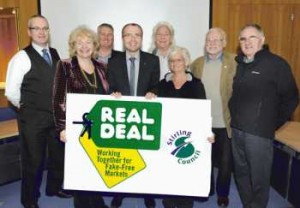 Stirling Council, the operators of the Millhall Sunday Market, and the monthly Stirling Farmers’ Market in the city centre, have signed the Real Deal Charter for Safe Fair Markets. This is part of the national ‘Real Deal’ campaign aimed at keeping sellers of fake goods away from markets and car boot sales. END_OF_DOCUMENT_TOKEN_TO_BE_REPLACED

Spitalfields Traders Market signed up to the Real Deal national charter on Wednesday 13 November reconfirming their commitment to safe and fair trading. END_OF_DOCUMENT_TOKEN_TO_BE_REPLACED 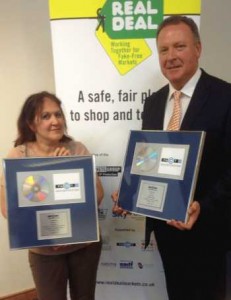 In November 2009, Manchester City Council was the first local authority in the UK to introduce the Real Deal Charter at all the city’s council-run markets and it is now part of the city’s licence agreement for all new market applications.