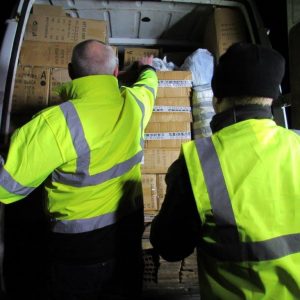 A new, government-backed initiative has been developed to protect consumers and small businesses from the harm caused by the growing trade in fake goods on social media ‘buy-and-sell’ groups.

The Real Deal Online programme has been developed by the National Markets Group for IP Protection (NMG) in conjunction with the National Trading Standards eCrime Team (NTSeCT) to create greater awareness amongst administrators of local social media groups of their legal responsibility to prevent the promotion and sale of counterfeit goods and other illicit products within their groups.

The programme, which will be rolled out at a local level by Trading Standards Services, establishes a process for trading standards officers to contact administrators of social media buy-and-sell groups and help them run a fake-free group. Administrators are invited to follow the Real Deal Online Code of Practice.

“The UK is rich with talented creators and innovators, and we must protect their intellectual property rights both online and offline. Social media can be a force for good making it easier for users to buy and sell goods, however with this can come an increase of counterfeit goods and other illegal products.”

“This is why I welcome this initiative, that brings together industry, Trading Standards and local government to help protect legitimate businesses and allow rightsholders to reap the benefits of their own creations.”

The Real Deal Online Code of Practice requires group administrators to welcome local trading standards officers as members of the group and to agree to five simple steps:

Groups that agree to follow the Real Deal Online Code of Practice, will be allowed to display the Real Deal logo which will act as a visual assurance to shoppers and to traders that it is a fake-free shopping zone.

The new Real Deal Online initiative is a natural extension of the NMG’s Real Deal campaign which has been in place at physical markets and car boot fairs for nearly ten years, with hundreds of markets across the UK committed to being fake-free by signing the voluntary Real Deal Charter alongside their local trading standards service. The success of the original Real Deal campaign prompted the extension into the burgeoning arena of online and social media marketplaces.

A pre-launch trial of the programme was implemented by NTSeCT with North Yorkshire Trading Standards Service. Seven buy-and-sell groups operating in the region via social media, with a total of over 41,000 members, agreed to the Code of Practice and now display the Real Deal logo on their selling pages.

Scott Lambert, Administrator of the group Harrogate Everything, which has almost 6000 members, welcomed the Real Deal programme saying:

“I’m happy there is a scheme for these online groups. We as buyers got fed-up of seeing counterfeit goods strewn all over facebook and set up our own groups. We are happy to work with trading standards on this trial and hopefully help towards reducing the amount of poor quality fakes, dangerous fakes and the like.”

“The idea behind the Real Deal initiative is sound, getting folks to read the info as said is a different ball game, however, I’m most happy to support what in my eyes is a much-needed lean towards tighter control too.”

marketplaces are not uniformly regulated, they can offer easy opportunities for those who wish to stay below the radar and trade illegally, particularly in counterfeits and copyright infringing products.

“When illicit traders move into a local selling group, a whole host of problems follow: consumers are ripped off and sold inferior, potentially dangerous goods;revenue is lost from the economy to the black market; and often the trade in fakes is linked to the funding of organised crime.”

“Most shoppers and the administrators of buy-sell groups would be horrified to think that they may, unwittingly, be funding organised crime. And many administrators are not aware that, ultimately, they could be held responsible for allowing illegal products to be advertised by members of their group. The Real Deal Online programme is designed to help. It offers anyone running a local selling group the opportunity to work closely with participating Trading Standards Services who will help them to introduce procedures to deter illicit traders from joining the group and causing harm.

“Introducing the Real Deal Code of Practice and displaying the logo is a reassurance for members of a group that it is a safe place to buy and sell. It also enables the administrator of a group to send a strong ‘keep out’ message to any counterfeiting con-men who may try to infiltrate the group and who have no scruples about ripping off consumers, selling unsafe products or damaging local businesses.”

Already, 24 local authority trading standards services across the UK have expressed interest in introducing the Real Deal Online programme. As the programme rolls out over coming months, participating trading standards services will be making contact with administrators of buy-and-sell groups in their areas to advise them of their legal responsibilities and invite them to sign the Real Deal Online Code of Practice.

More information on the Real Deal campaign is at www.realdealmarkets.co.uk

Following a raid by Trading Standards Officers at a residential premises on the Isle of Wight, 26 trademarks were found including Chanel, Superdry, Louis Vuitton, Burberry, Nike, Converse, Abercrombie & Fitch, Ted Baker, Gucci, Prada, Superdry, Ugg, Jimmy Choo and Hugo Boss. The items were being sold through a resident’s Facebook account and officers calculated that had all of these goods been sold at the prices offered on the Facebook page, it would have netted in the region of £46,000. If these were genuine the approximate retail value would have been between £300,000 and £500,000. The individual concerned received a sentence of 18 months imprisonment (suspended for 2 years) as well as 15 days unpaid work.

The National Markets Group for IP Protection (NMG) is a cross-sector, multi-agency partnership group working together to reduce the availability of counterfeit and pirated goods from markets, car boot sales and social media.

The Real Deal campaign is an initiative of the NMG and sees local authority trading standards services, market operators, traders, administrators of social media buy-sell groups, copyright and trademark owners and their representatives united with a common commitment to reducing the sale of IP infringing products.

Since its launch in 2009, operators of around 500 markets across the UK have made a commitment to fake-free trading by signing the voluntary Real Deal Charter with their local trading standards service. The same model of partnership working is now being introduced to administrators of local buy-sell groups operating on social media platforms. The Real Deal initiative is supported by a wide range of UK public and private sector organisations and is funded by industry sponsors comprising IP rights owners and their representatives. More information on the Real Deal campaign can be found at:

The National Trading Standards eCrime Team (NTSeCT) has been set up by the National Trading Standards Board and by the Department of Business, Innovation and Skills to investigate online scams and rip-offs of national significance. For the first time, teams of e-crime intelligence specialists, internet investigators and forensic analysts have come together to tackle national online scams and rip-offs, as well as support local and regional trading standards officers with their own e-crime investigations.